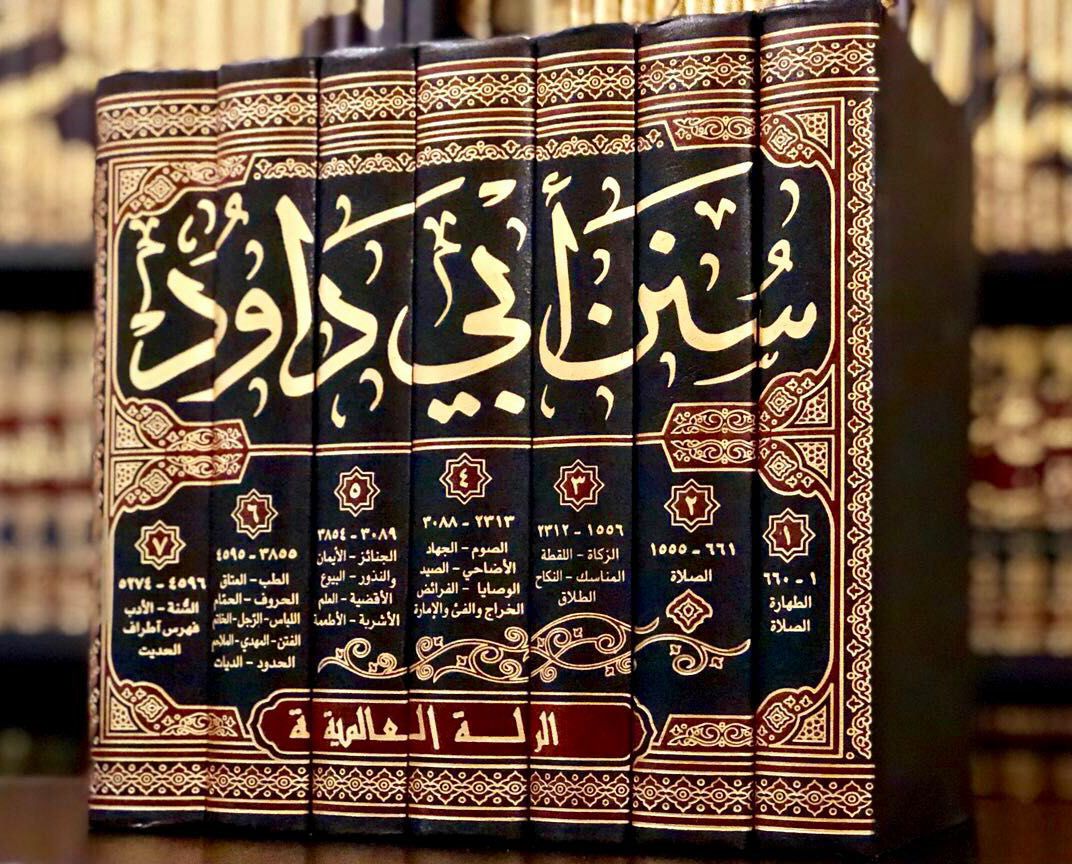 Abu Dawood is another famous personality who compiled twenty-one books of Hadith. These books only contain those Ahadith which were supported directly by the companions of the Holy Prophet (P.B.U.H).

His collection is ranked as the fourth most authentic compilation out of the six major compilations.

The collection of Abu Dauwood is divided into three different parts. The first part consists of mostly those traditions that are also mentioned in the collection of Imam Muslim and Imam Bukhari.

The second part consists of those traditions which meets the conditions of the collection of Imam Muslim and Imam Bukhari. However, it does not mean that the Hadith mentioned in the second part are not authentic.

This is because Imam Bukhari is reported to have said:

“I only included in my book Sahih Bukhari authentic traditions, and left out many more authentic ones than these to avoid unnecessary length.”

Abu Dawud is said to have complied with his collection after examining 500,000 Hadith out of which he selected 4800. The time taken in the selection and compilation was twenty-one years.

Before he started compiling his own collection, he decided to make a journey to meet all the famous traditionists of that time. By seeking their help, he acquired a lot of knowledge. He also came to know about the reliable sources quoting traditions.

Therefore, he was able to assemble those hadith which no one had ever done. This resulted in the acceptance of his work by scholars from different parts of the Islamic world.

Accessing and knowing more about the Sunan of Abu Dawood is not a bad idea as it is regarded as the fourth in the strongest ones, based on authenticity.

Moreover, it can also be accessed for guiding the true path of life.

Hafiz Ali - May 27, 2017 0
Ramadan Iftar Dua: The benefits and blessings of Iftar Dua; Dua for Iftar are too many to be counted. Iftar Dua is also called "Roza...