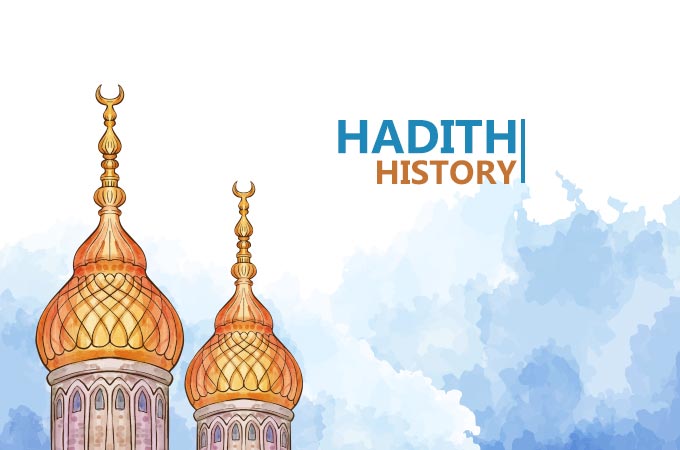 There are four ways in which the sayings and conduct of the Holy Prophet (P.B.U.H) are presented. They are as follows:

The Two Types of Hadith:

There are two types of Hadith.

Hadith-e-Nabawi or a Prophetic Hadith is the one which contains the words that the Holy Prophet (P.B.U.H) spoke.

Hadith-e-Qudsi or a Divine Hadith is the one that contains words from Allah. They are not the part of the Holy Quran, yet they are determined as the saying of the Holy Prophet (P.B.U.H) related from Allah Himself. An example is mentioned below:

Allah says, ‘Fasting is for Me and I shall certainly compensate it.

The Classification of Hadith:

The Hadith can be classified into four types. They are:

These are the classifications of different types of Hadith.

More About Different Classifications of Hadith:

A Hadith is authentic if it is not antithetical to the other Hadith that is already accepted by the authorities as an authentic or reliable Hadith. Moreover, it should not be against the teaching of the Holy Quran, the Ijma and the principles of Islam.

It should not be against the dictates of common sense or the laws of nature. It should not level the accusation against the family of the Holy Prophet (P.B.U.H) and his companions, or praise a particular person or tribe.

It should not mention any incident that is only reported by a particular person and have no other reporter. It should not lie down punishments for minor offenses or promises high rewards for insignificant good deeds.

It is no longer an authentic Hadith if the narrator himself confessed that he had fabricated the report.

The Sanad must be full and unbroken and each narrator mentioned in it must be known for his knowledge, piety, memory and trustworthiness. The narrators must have met each other and the chain of information must be linked to the Holy Prophet (P.B.U.H).

The best Sanad consists of those narrators who met the person relating Hadith and the person to whom they related it. The chain of transmission should be unbroken.

The narrators should be at an age at which they could understand the importance of what they had heard.

The report of a child or an insane person could not be accepted. The narrator must be a Muslim. Higher the qualification of a narrator, greater the authority of a tradition.

A Hadith is considered to be weak if any one of its narrators was known to be a liar or known to have a bad memory.

If the narrator has not met the person he was supposed to be narrating from or there was a weakness in the text or the Sanad, then the Hadith was said to be a weak or Zae’ef Hadith.

When a saying or action was attributed to the Holy Prophet (P.B.U.H) which He had not said or done, then the Hadith was considered to be a fabricated Hadith.

The Structure of Hadith:

Each Hadith consist of two parts:

The first part of the Hadith consists of a chain of names. These are the series of authorities who are called narrators. This is called Sanad which means support because it is the authority for the genuineness of Hadith.

These authorities can be as few as one, two, three, or even four, depending on how far the compiler’s time was from the Holy Prophet (P.B.U.H).

The traditionists attached great importance to Isnad and considered it an indispensable part of every tradition. In order to ascertain the value of the different Isnad, they even produced a vast literature on the biographies of the transmitters.

To check the Isnad, it is essential to know the life and career as well as the character and scholarship of all the individuals named.

In order to reduce the risk of forgery, every teacher on every book of Hadith, gave his students the names of the teachers through whom he had received it from the original author, each of them stating that he had read the whole or a part of it which had to be specified with his own teacher.

The second part of the Hadees consist of the words of the Holy Prophet (P.B.U.H) himself. This is called Matn or the text of the Hadith, for example “ Pray as you see me offering prayers “ is called the Matn of the Hadith.

This article provides you with a comprehensive detail about Hadith. It also tells about the types and classification of Hadith.

I hope you like all the information about Ahadeeth provided in this article.