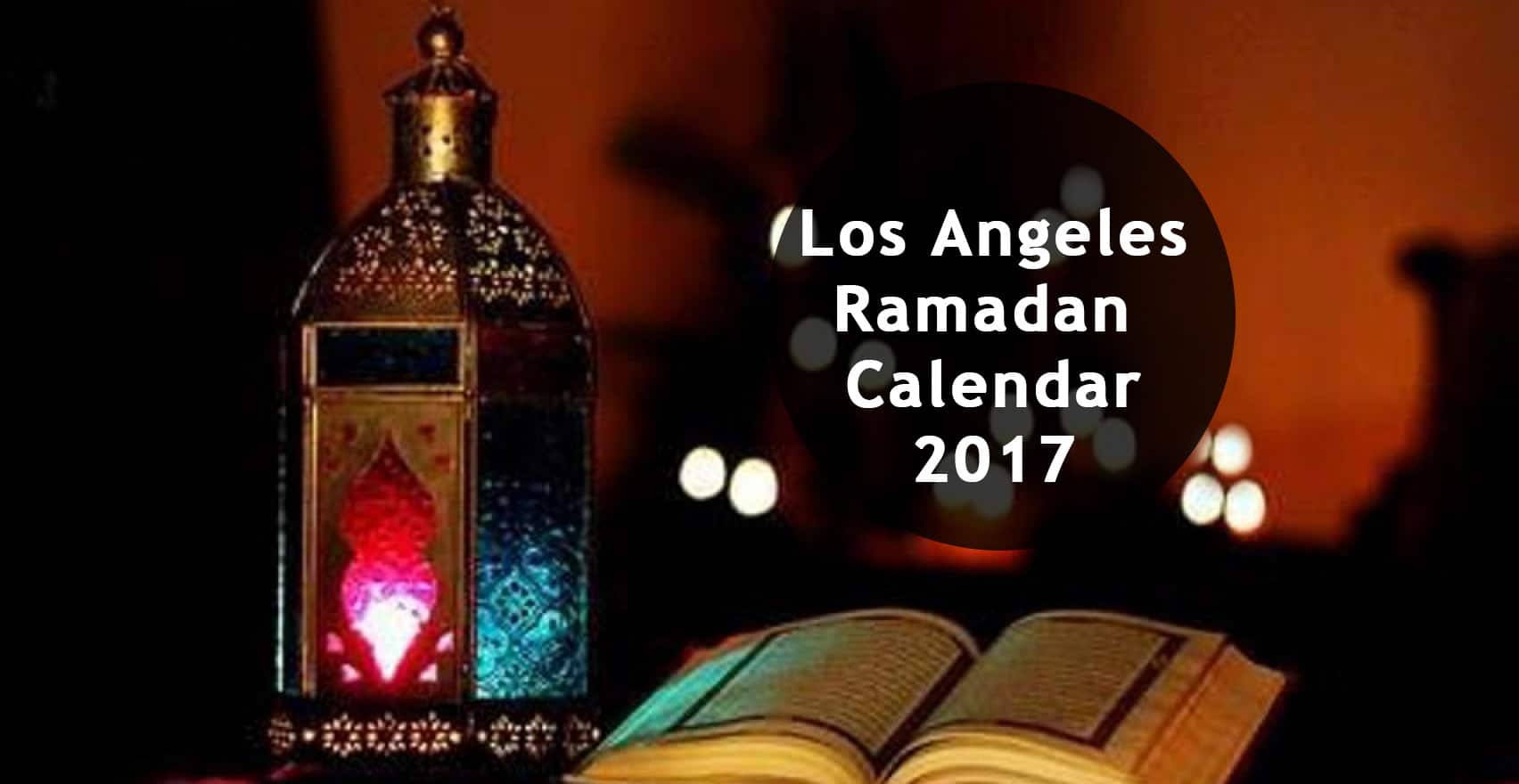 If you are looking for the Los Angeles Ramadan Calendar 2018 along with Suhur and Iftar Timings and Ramadan prayer times for Los Angeles (California, USA), you are at the right spot here!

There are in the month of Ramadhan in every day and night those to whom Allah grants freedom from the Fire, and there is for every Muslim an supplication which he can make and will be granted.” [al-Bazzaar, Ahmad, Saheeh]

Given below is the Los Angeles ramadan calendar 2018 along with suhur and iftar times:

The Holy Month Ramadan is celebrated all over the world, even in the countries and states where Muslims are minorities in the population, like USA in which large number of people live in Los Angeles also. They try to do as many good deeds as possible to earn the maximum blessings of Allah Almighty and also cherish every day of Ramadan.

Like the other western countries, Muslims are also a minority in Los Angeles, which causes a low number of mosques and Islamic Muslim centers for them to cater their Islamic rituals as freely as in the Muslim countries they can.

Given below is the list of 8 famous mosque in Los Angeles:

Muslims, being the minority, are estimated to be from 500,000 live in Los Angeles. It is the second large  number of the Muslim population in Los Angeles, California, USA. So, the Muslims residing in the Los Angeles can easily keep fasts and offer other Islamic rituals as well.

In the end, that is all about the Los Angeles ramadan calendar 2018 (Suhur and Iftar), that is a source to keep you updated about the right Ramadan prayer times for Los Angeles (California, USA).