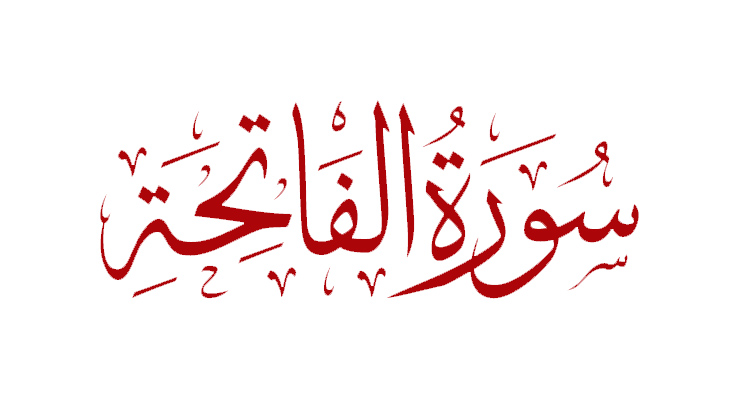 Recite surah Fatiha in Arabic with English translation. The al-Fatiha (The Opener) was revealed in Mecca. It is the Makki Surah of Quran Majeed that means it was revealed on Prophet Muhammad (Peace Be Upon Him) when he was staying in Mecca before migration to Madina.

There are some chapters that were revealed for some specific purpose, one of them is “Surah al-Fatiha“.   This greatest chapter of Quran, surah Al-Fatiha is also known as Umm-ul-Quran or the mother of Quran.

Pillar of the Salah:

As we all know this surah has great importance in prayer whoever not read it in his prayer, his prayer (Salah) is invalid or void. Prophet Muhammad (Peace Be Upon Him) said Surah al-Fatiha is

The Prophet (SAW) said, The Um (substance) of the Quran is the seven oft-repeated verses and is the Great Quran (i.e. Surah-al-Fatiha). [Sahih al Bukhari]

From above-stated hadees we can conclude this chapter has great importance as it is the opening of Quran (first chapter) and we should memorize it even for starting the salah.

The chapter Fatiha is a matchless surah revealed in Holy Quran. No one can find a match for this greatest chapter of Quran. Allah did not reveal anything like this Surah in the Holy Books revealed before the Qura’n. There are great rewards for those who recite surah Fatiha.

Surah Fatiha in English – The Easy and Memorize Surah in Quran

Surah Fatiha (The Opener) Arabic and English Translation With Benefits