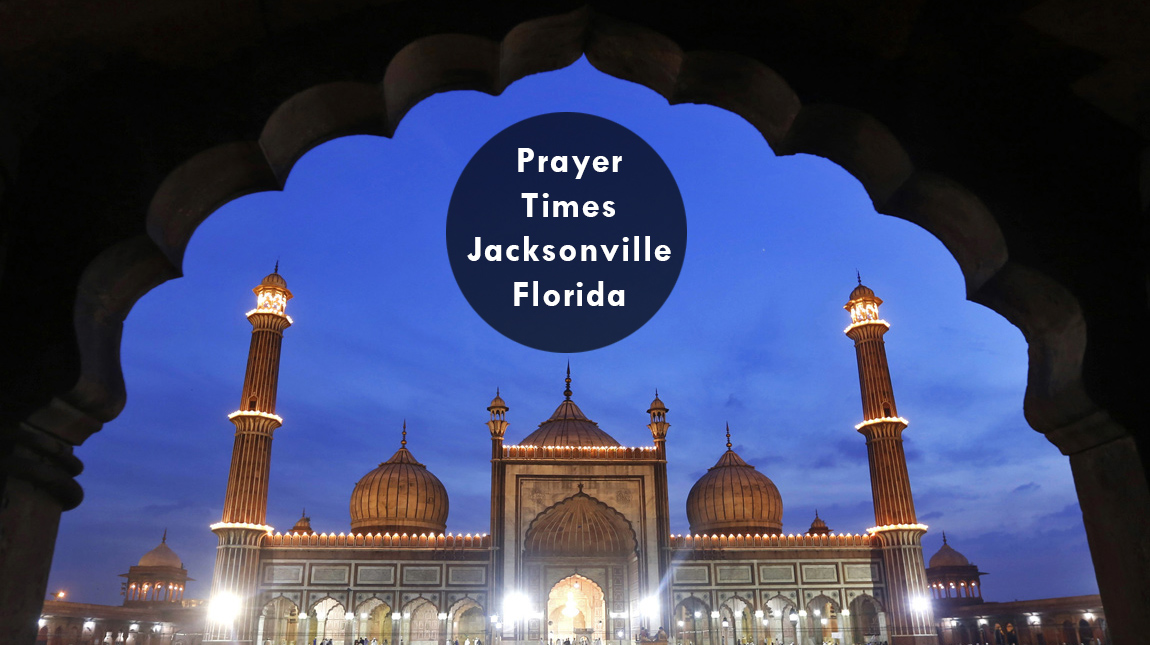 There are 5 prayers that are compulsory for every Muslim. They are preferably offered before they are Qaza, therefore the exact time is required. These are the prayers and prayer time Jacksonville fl or  Salat Times Jacksonville Florida:

As many Muslims prefer to offer their prayers in Mosques in order to get 27 times more Sawaab (ajr). They search for a Muslim mosque to perform their Islamic Rituals. It is important to note that in months like Ramadan, Muslims try to be more religious so that is why I am enclosing a list of Mosques in Jacksonville Florida that will help you to increase your deeds:

So that’s about it and I hope you found the information regarding prayer times Jacksonville Florida, Muslims populations and Mosques helpful.