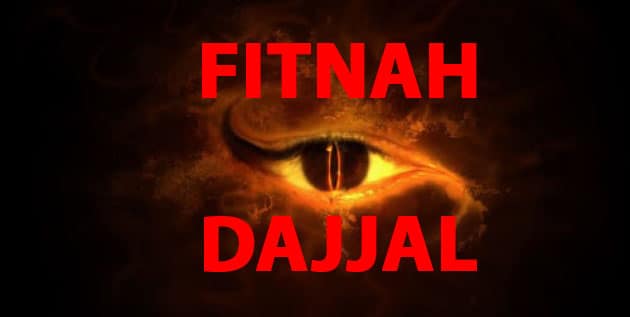 The arrival of fitnah of dajjal is one of the major sign of the day of judgment. There are numerous hadith of holy Prophet Muhammad (P.B.U.H) that tell about masih dajjal, the time when dajjal al-Masih will arrive or where will Dajjal appear. The kind of destruction he will cause and the people who will stand with or against him.

Hazrat Imam bin Hussain (R.A) narrates one of the sayings of Prophet Muhammad (P.B.U.H) pertaining to Dajjal al masih in the following way:

“I heard Rasulullah (P.B.U.H) saying: “Since the birth of Adam (AS) till the advent of Qiyamah there is no fitnah much greater that of Dajjal.”

From this hadith, it is clear that fitnah-e-dajjal will be the greatest “Fitnah” that the world has ever witnessed since the arrival of Hazrat Adam (AS).

More importantly, the word fitnah used in this hadith can have meant that there is no big fitnah in the world till day of judgment than the Masih Dajjal in Islam.

Where will Dajjal Appear:

In another hadith, Prophet Muhammad (P.B.U.H) gave the major signs that will surface pertaining to the arrival of him. The hadith is as follows:

From this hadith, a variety of things become clear related to the arrival of Masih Dajjal.

..The second thing that can get from this Ayat pertaining to dajjal al-masih is the way he is going to rule over people who have weak faith in Allah, will follow Al-masih dajjal.

Moreover, Prophet Muhammad (P.B.U.H) described in this hadith for keeping the body full in the time of famine.

Protection From the Menace:

Although the performing of Tahlil, Takbir and Tahmid will help a Muslim get through the days of famine upon the arrival of dajjal.

However, whilst doing that a Muslim must also seek the protection and help of Allah when it comes to fighting one of the greatest evils of the world and that is masih dajjal. In order to take refuge from the evil of dajjal, a Muslim must consider reciting the following Dua which is also a hadith of Holy Prophet Muhammad (P.B.U.H).

In simple words, those who have strong faith in Allah almighty will not get into the fitnah of dajjal. May Allah protect us all from dajjal al-masih. Ameen..

What are the Major and Minor Dajjal Signs of Appearance (Arrival)

The Dark Messiah Dajjal – Where will Evil Dajjal Come From

Hafiz Ali - June 25, 2018 0
Dua e Qunoot, according to the definition of the fuqaha’, “is the name of a duaa’ (supplication) offered during prayer at a specific point...