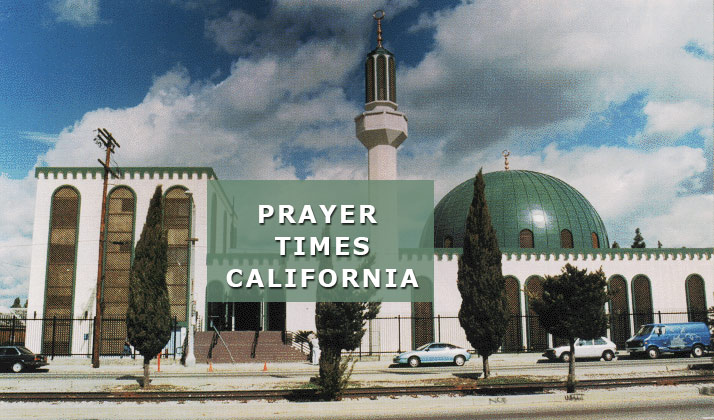 In Religion of Islam, Muslims pray five times a day to seek forgiveness and mercy from ALLAH (SWT). The Muslims are settled all around the world and they perform all the religious obligations as the other Muslims do residing in Muslim countries. Similarly Muslims living in California State, USA perform the prayers five times a day according to prayer times California.

Prayer is the religious obligation performed by the Muslims daily five times a day. It is the act of worship that distinguishes between Muslim and a non Muslim. Prayer is one of the basic pillar of Islam.

Prayer was made compulsory to the Muslims in the early age of Islam. Fajr and Asar prayers were made compulsory first. Then in the night of Mi’raj ALLAH (SWT) gifted the five prayers to his beloved Prophet Muhammad (P.B.U.H). Then it was made incumbent to pray five times a day for every Muslim.

People living in the California can also perform their prayer according to the California prayer time. There are Islamic centers that help to find the prayer times and every one can easily fulfill his religious obligation on time.

Timings of prayers in California.: