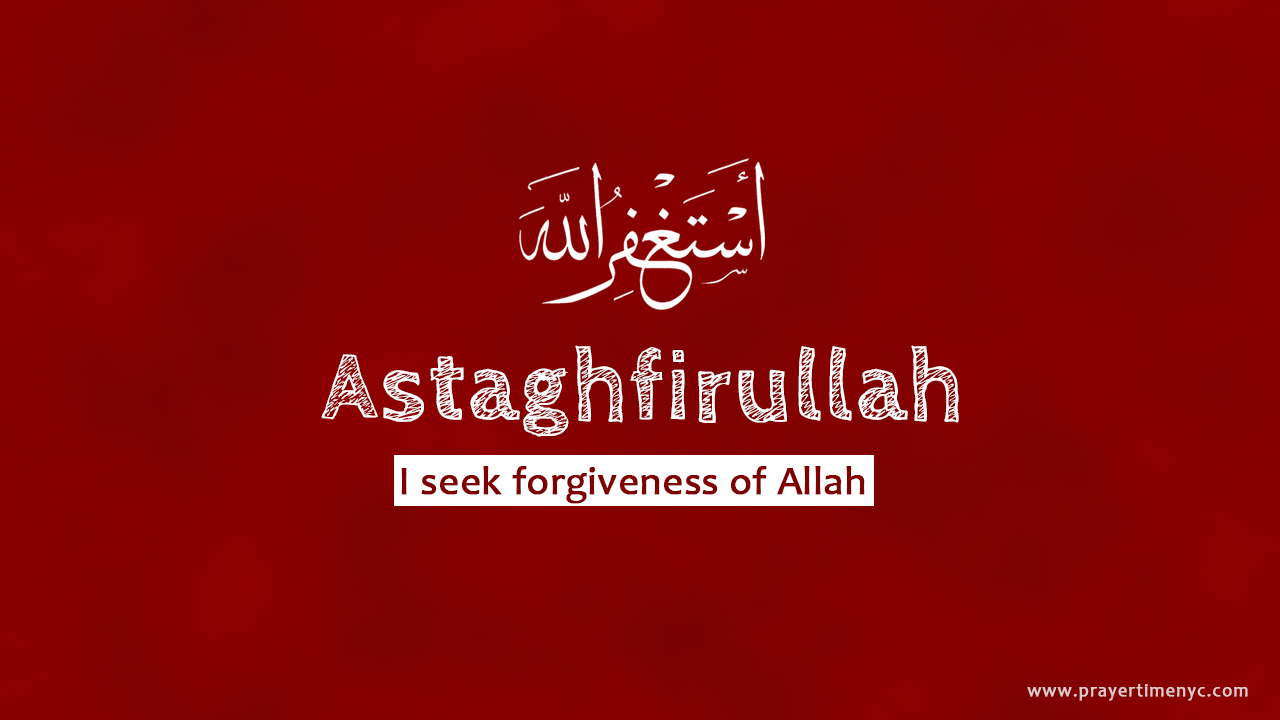 Astaghfirullah is the most powerful dua. People often forget the importance of the simple yet powerful dua (supplication) – Istighfar i.e., saying “Astaghfirullah” (I seek forgiveness of Allah). It is the Sunnah of our beloved Prophet Muhammad (peace be upon him) to seek Istaghfar 100 times daily. Let us see the benefits and virtues of reciting this simple beautiful supplication inShaAllah.

IMPORTANCE OF ISTIGHFAR FROM THE QURAN:

One of the 99 Names of Allah is Al-Ghaffaar (الْغَفَّارُ) – The Great Forgiver The Forgiver, the One who forgives the sins of His slaves time and time again. There are numerous verses in the Quran about the importance or benefits of asking for forgiveness of Allah SWT. Here are few of them:

And (commanding you): “Seek the forgiveness of your Lord, and turn to Him in repentance, that He may grant you good enjoyment, for a term appointed, and bestow His abounding Grace to every owner of grace (i.e. the one who helps and serves needy and deserving, physically and with his wealth, and even with good words). But if you turn away, then I fear for you the torment of a Great Day (i.e. the Day of Resurrection). [Hud 11:3]

Declare (O Muhammad SAW) unto My slaves, that truly, I am the Oft-Forgiving, the Most-Merciful. [Al-Hijr 15:49]

Then, verily! Your Lord for those who do evil (commit sins and are disobedient to Allâh) in ignorance and afterward repent and do righteous deeds, verily, your Lord thereafter, (to such) is Oft-Forgiving, Most Merciful. [An-Nahl 16:119]

Your Lord knows best what is in your inner-selves. If you are righteous, then, verily, He is Ever Most Forgiving to those who turn unto Him again and again in obedience, and in repentance. [Al-Isra 17:25]

And verily, I am indeed Forgiving to him who repents, believes (in My Oneness, and associates none in worship with Me) and does righteous good deeds, and then remains constant in doing them, (till his death). [Ta-Ha 20:82]