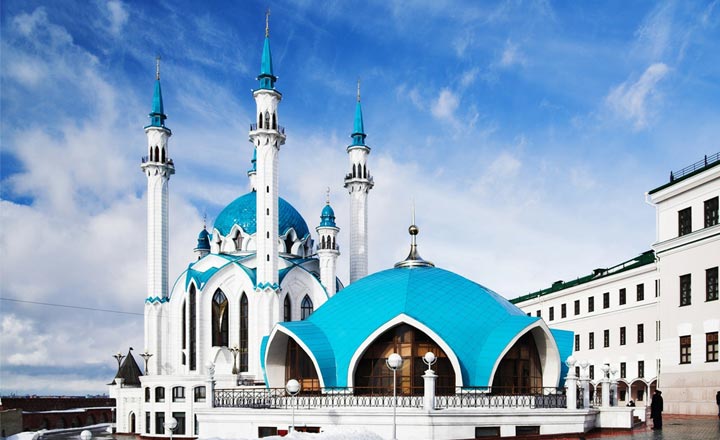 Do you know that Islamic Prayer time NYC is different from other cities that are in USA, Europe, Asia, and Golf? Calculate prayer timings in New York City (NY, 10001), United States for Fajr NYC, Dhuhr NYC, Asr NYC, Maghrib NYC and Isha NYC.

Getting along for NYC prayer times (New York City) is easier than ever to get over with the religious obligation of offering prayers in time five times a day.

The direction of Qibla for the people who are living in New York is 58.48 degrees clockwise north.

Below are the details of the time zone, longitude, and the latitude that you need to remember. These details will help you in the calculation of  prayer times in New York (NY).

Prayer is a crucial pillar of Islam. Do you know what is so special about prayer?

Prophet Muhammad (PBUH) preached the entire Islam throughout 23 years of his prophethood. Every aspect of Islam was conveyed to him via  Angel Jibrael (AS). Prayer is the only thing that Prophet Muhammad received in a personal capacity as a gift from Allah Almighty on the occasion of Mai’raj. It indeed reflects how much importance it carries. Though it is an obligation on each Muslim today. It has been since it was obligated 14 hundred years ago.

There was a time when Muslims even the entire world didn’t have any time machines. Simpler ways were used to identify the prayer timings. Here we are. Equipped with the gadgets that can even differentiate the millionth part of a second.

For instance, you are living in a New York City, how, by the way, would you be able to get along with Muslim Prayer times NYC?

Don’t Worry. All hail mighty Technology. Technology indeed has served every sphere of life. Islam and Muslims are a productive part of that sphere.

Today, Muslims are in every corner of the world. Their cast, creed, country, color, and culture might be different but the fundamentals of Islam are, as they used to be at their moment of inception. Speaking explicitly, a Muslim must offer his prayers five times a day.

We serving you to provide the accurate prayer timetable for NYC (Namaz Time NYC):

Although each prayer carries certain impact apart from a religious obligation, Fajar prayer has a distinction though. It is the time to rest and it is the time to pray. Prayer time in each region is different on account of regional times. What time is Fajr prayer in New York? Time for Fajr time NYC city is different from European as well as Asian regions. Even time for prayer in a single country is not similar for Fajr prayer.

Time for the Dhuhr Prayer starts after 12:00 pm in each region throughout the globe. Dhuhr time NYC accounts roundabout 1:00 pm to 1:110 pm in the entire city with minor changes of minutes. To contain the aspect in a more appropriate manner, central authorities of the city issue the authenticating credentials for prayer daily basis. That indeed helps the Muslims to offer their prayers in time.

What time is Asr prayer in New York? When it comes to narrating the exact time for Asr time NYC, it starts from 04:36 and goes up to 04:57 throughout the city. The minor time difference prevails.

Poets, writers, and philosophers wait for the day to end son that they might write something worthy. Speaking of the Muslims, they wait for the day to end so that they may offer the Maghrib prayer. In a city full of lights, it gets difficult to manifest the right time for the prayer. What time is Maghrib prayer in New York? Maghrib time NYC primarily starts being offering from 07:30 in summer. Though the time for the prayer gets changed on account of seasonal changes.

What time is Isha prayer in New York? Isha is the last prayer of the day. The time for Isha time NYC starts from 08:49 in summer. Usually, in winter it’s too late for the isha prayer.

There are certain modalities to find a robust time for the prayers globally. Illustrating the Prayer times NYC (New York City), there is a worldwide acknowledged module in this regard. Numerous societies are working to provide insight into the prayer timing.

(Europe, Far East, Parts of US)

How Many Mosques in New York City?

Every religion has an identification that illustrates its beliefs. Church, Temple, Mosques are the manifestation of those beliefs. Apart from religious places of other religions, there are far-ranging Mosques in NYC.

I hope you get the times of prayer in NYC to offer your Salah.