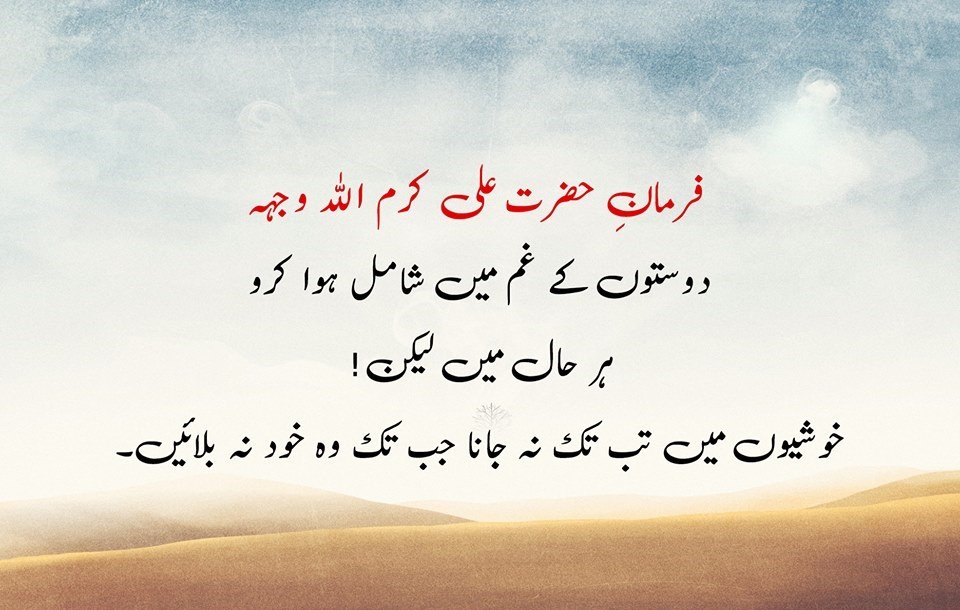 Hazrat Ali quotes and sayings are one of the best life guide quotes for every single person.

Hazrat Ali was the 4th Caliph of Muslims (Amir-ul-Muminin), faithful commander and known as Ali Ibn Abi Talib. He was the cousin and son of law of Hazrat Muhammad (P.B.U.H). Hazrat Ali was Islamic Caliph for 4 years and 9 months.

The Prophet Muhammad (P.B.U.H) gave him the title of Asadullah in Arabic it means “Lion of God” because of his bravery.

Related Quotes: 100 Beautiful Islamic Quotes that No One has Told You About

A Precious Information Ever:

Hazrat Ali was a Close Confidant of Prophet (S.A.W):

Imam Ali was the first one among youth to bring Faith in Allah. Upon being asked by Prophet Muhammad (S.A.W.W), that who will support him in the cause of Allah; he was the only one in the whole gathering who stood up with great courage and announced his support.

Importance of Hazrat Ali in Islam:

Due to spending most of the time with Prophet Muhammad (Peace Be Upon Him), He learned many aspects of the life from Him, which makes Hazrat Ali quotes authentic and reliable. He had such great knowledge about things that Prophet (S.A.W) chose him to be his deputy.

He was a great scholar of the Arabic language and had such remarkable knowledge about the teachings of Islam that all three caliph before Him used to consult him when they were in power.

Prophet Muhammad (Peace Be Upon Him) once said:”I am the city of knowledge and Ali is its gate”.

Hence, teachings of Hazrat Ali are of great importance.

Read the golden quotes of Hazrat Ali or best of Imam Ali Sayings with images below: