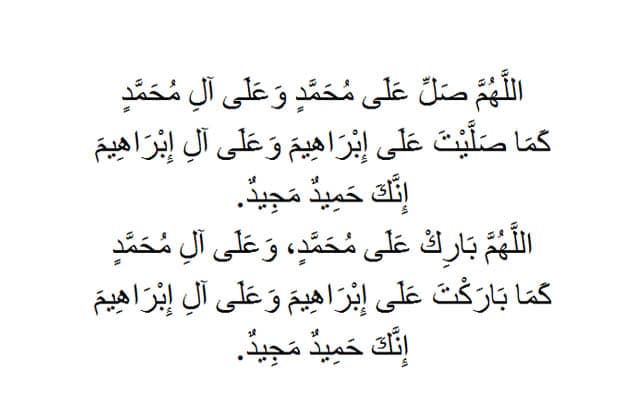 This post is about Darood sharif in English and Arabic. Whereas, Darood Ibrahim is Afzal for all the Muslims around the world. The one who sends Darood upon Muhammad (P.B.U.H), Allah will shower countless blessings upon him, will always feel peace.

However, make a habit to recite Darood Sharif (درودشریف) before going to sleep daily. Additionally, there are many Darood Sharif benefits for the one who recites it daily with affection and respect. This Darood reflects one’s true love and affection towards Prophet Muhammad (P.B.U.H).

As the entire world population is benefited through the Holy Prophet (SAW) that is why Allah Almighty, says in Holy Quran:

Importance of Darood According to Hadith:

Prophet Muhammad (P.B.U.H) said:“On the day of Judgment the person closest to me will be the one who has sent the most Durood into me.” (Tirmidhi).

On Friday, send Durood abundantly to me, as it is presented before me.” (Abu Dawud)

It is also the way of fulfilling one’s religious duty of adoring Muhammad (SAW) as Anas (RA) has narrated in Sahih Bukhari: “None of you will have faith till he loves me more than his father, his children, and all mankind.” (Bukhari)