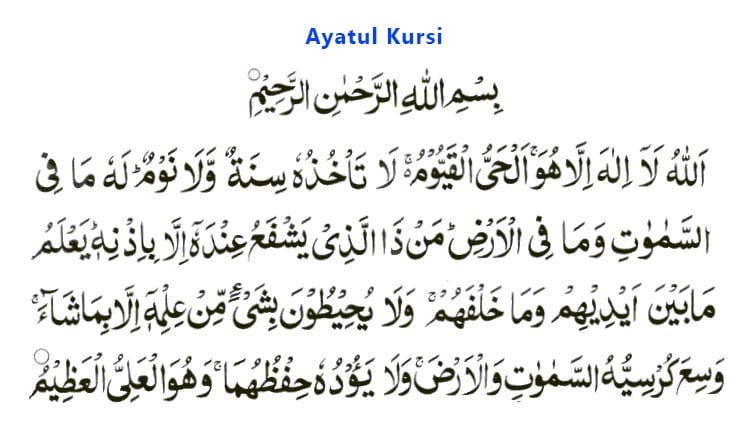 Recite Ayatul Kursi Full after every Salah and Before going to bed. The Quran Ayah Ayatul Kursi is the 255th verse of “Surah Al-Baqarah”. The Surah lies in Second chapter of Quran.

Ayatul Kursi speaks about the religious belief that nobody is comparable to Allah.  This Ayat is known as the most famous verse of the Quran, the holy book of Muslims.

Secondly a preferable part of memorizing Ayat curse according to Muslim beliefs that, it keeps you safe from every shaitan from every single attack of shaitan.

Besides, Ayatul Kursi also belongs from the group of easy to memorize most famous and powerful prayer among all Quranic Verses.

Abu Hurairah (R.A) narrated: In Surah al-Baqaraah there is an ayah which is the best of all the ayahs of the Quran. It is never recited in a house but the Shaitan leaves: Ayat-al-Kursi. 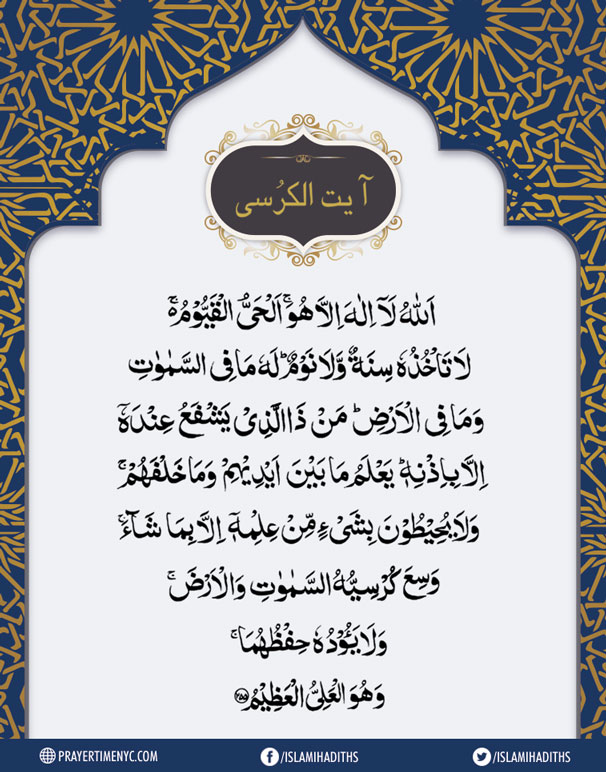 The other name of this powerful Surah in Quran is, “Ayat Al-Kursi. The word Kursi mentioned in Quran verse Ayatul curse is the word ‘Arsh (Called Throne) mentioned.

The Most Powerful Ayatul Kursi Wazifa to Solve Problems