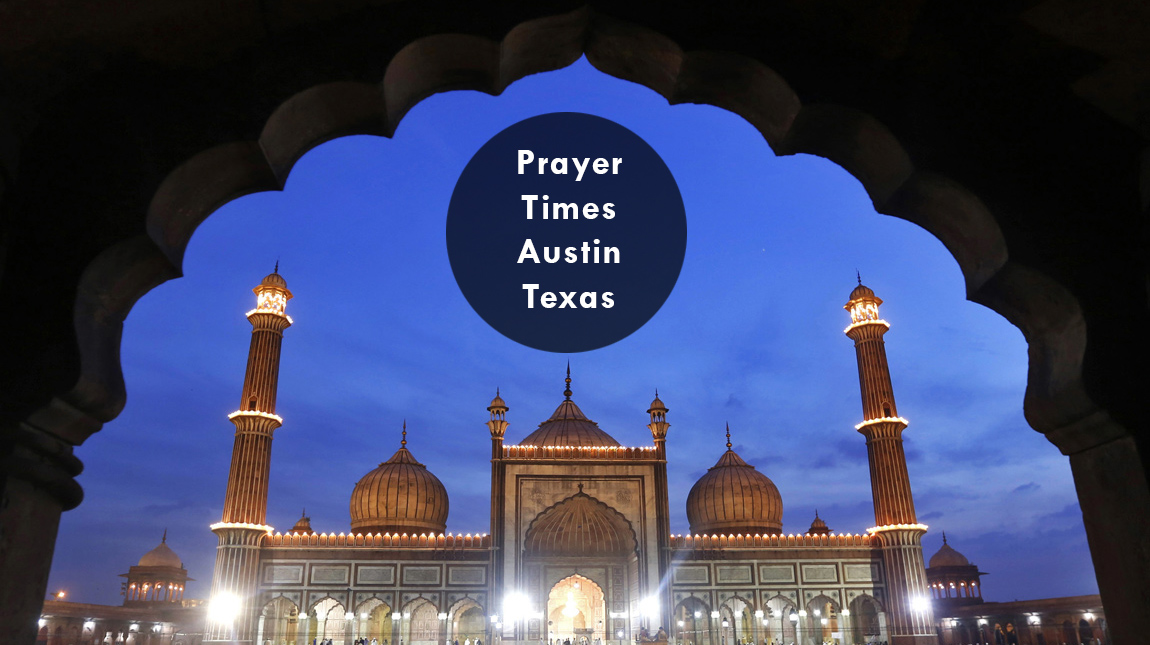 In this article, I will inform you about Austin Prayer times or Islamic prayer times for Austin (Texas, USA)  along with Mosques and Muslim Population in Austin, TX, USA.

Salah is the second most important aspect of Islam. Salah are mandatory for every Muslim to perform prayer in particular time.

Importance of prayer in Islam can be seen from this hadith;

Abu Huraira reported that the messenger of Allah said:”The nearest a servant comes to his Lord is when he is prostrating himself, so make supplication (in this state).” (Sahih Bukhari)

There are five prayers (نمازیں) that are compulsory for every Muslim. They are preferably offered before they are Qaza, therefore the exact time is required. These are the prayers:

All the timings are identified by sunrise and sunset. The Fajr prayer is offered before the sun rises and will be Qaza at soon as the sun rises.

Many religions are practiced in Austin Texas like Roman Catholics, Jews and Protestants. Now Muslims are also growing there and becoming a society of their own.

To conclude, I hope you found the accurate information regarding Austin prayer times in Texas, USA.

Hafiz Ali - May 27, 2017 0
Dua for Sehri: Sehri ki Dua: Do you intend to be showered by Allah's forgiveness, rewards, and blessings this Ramadan? So all you need to...